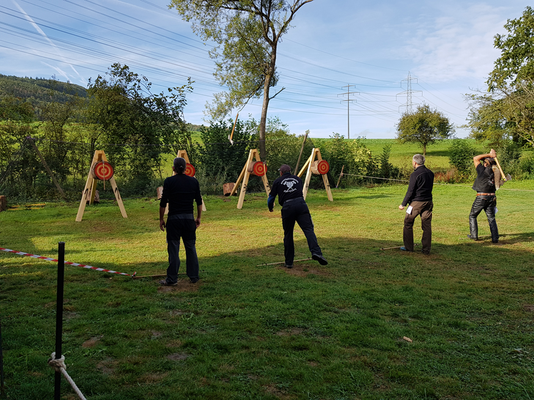 Double axe throwing is becoming increasingly popular in Switzerland. In the past few years, a total of 5 clubs have been founded in Switzerland, with around 60 throwers who actively practice the sport. The associations are located in the canton of Ticino (2), Lucerne, Aargau (for North-West Switzerland) and Vaud. Since 2016, the clubs alternately organize the annual Swiss championship.

In 2018, 4 clubs founded the “Association of Swiss Double Throwers”.

Lumberjacks are the origin of this sport. When working in the treetops, they use a double-edged ax so that they can switch sides when a cutting edge becomes blunt and thus do not have to climb down to change the tool. As a leisure activity they started throwing their axe at a target. Similar to darts, the target has a 5 cm point in the middle, which gives the highest number of points (5 points). Around this point are further 5 cm thick circles radiating outwards indicating points 4, 3, 2 and 1. The point is awarded at the highest point where the blade of the axe is. As a rule, a competition round has 36 throws. The thrower with the highest score wins.

A double ax weighs about 1.8 to 2 kg and is thrown with both hands. Due to its dimensions and weight, the axe only rotates once in the air before it reaches its target. 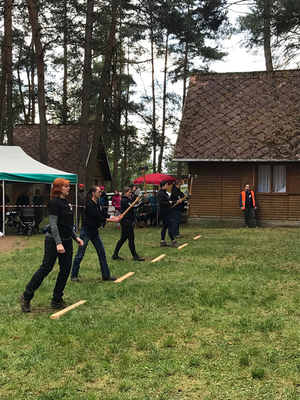